Properties near the Sea 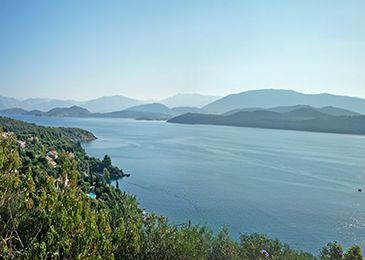 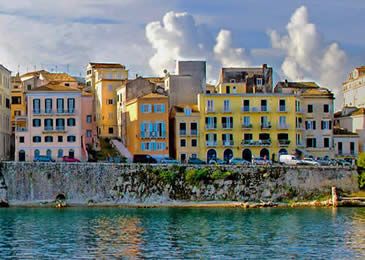 Buying A House in Corfu

Corfu is the most western region of Greece. The island is known worldwide as a tourist resort with unrivalled natural, historic and cultural riches. Visitors from all over the world have been its guests; reputable schools of arts have been founded here. The splendid combination of the green landscape and the light blue of the sea is the island's most important treasure. It has been besieged by almost all peoples of the Mediterranean basin and was finally occupied by the Venetians, the French and the British. All other countries and states in the area envied the Island's economy and strategically important geographical position.

Modern Corfu offers numerous services. Visitors are surprised by the variety of shops, Greek as well as overseas banks, a new hospital, and local and regional administration headquarters. Sports facilities include an 18-hole golf course, the cricket ground, innumerable tennis courts, a wealth of possibilities for divers, riding, mountain biking, trekking routes as well as the Mediterranean's best marina, which attract sports fanatics from all over the world.

Here you will find traditional taverns, good restaurants, cafes and bistros, inspired by the lengthy Corfiot tradition as well as by international cuisine. Corfu's night amusement in clubs as well as spontaneous beach party’s underlines what in Greece is called "xefantoma" - a big bender.

Buying a house in Corfu doesn’t mean being cut off from the rest of the world. There are daily many ferries to Italy as well as flights to almost every airport in Europe. This minimises distance for those who have selected Corfu to be their holiday resort, their second home away from home or even a permanent basis. Corfu is truly cosmopolitan with almost 10% of its permanent population made up of non-Greek nationals and is a modern example of happy coexistence of varied populations and cultures.
Many scientific, philosophic, environmental and cultural events such as congresses, seminars, conferences and festivals are organised on Corfu Island every year.

Narrow and crooked Venetian streets, old mansions, traditional villages, music bands, the impressive fortresses as well as unique classical Greek monuments compose the particularity of Corfu's unique culture in the Mediterranean Sea. Blessed by the ancient Greek gods and protected by its people, Corfu is a paradise one should get to know, live on and fall in love with.